Cartesio Fullcard - La Cartotecnica > Sustainability
ETERNIT WASTE MANAGEMENT
An Important step in the evolution of the ethical conception of Cartesio Fullcard, has been the removal of the Eternit Roofing. Products realized assembling Asbestos and fiber-cement, commonly known as Eternit, are extremely dangerous to health, if not maintained in perfect conditions. The removal is a very complex and expensive operation that needs to be performed by certified and specialized companies. These companies perform the clearing operations granting the maximum safety. of their customers, their customers’ employees and their own technicians. RENEWABLE ENERGY
Solar Power is a clean and renewable source of energy. Today it allows us to avoid the burden of the power bill and increase the quality of life. The capacity of silicon to generate power when hit by sun light has allowed the creation of the photovoltaic cells, able to generate energy when exposed to sunlight. The name “photovoltaic” expresses the meaning of the discovery: photo means light and voltaic comes from Alessandro Volta, the inventor of the battery.
When removing the Eternit roofing, Cartesio Fullcard has furnished the company with a photovoltaic plant for the production of solar power. LED DISPLAY METER
Along with the realization of the new roof, completely covered with solar panels, the Company has decided to install a Led Display Meter to constantly monitor the quantity of power produced, at the same time the amount of CO2 that is not released in the atmosphere. Cartesio Fullcard is proud to give is “little” help in order to try to leave a cleaner world to our children. LED TECHNOLOGY
In November 2014 the company decided to adopt LED technology to illuminate the whole facility in accordance to its mission of continuous renewal and development. 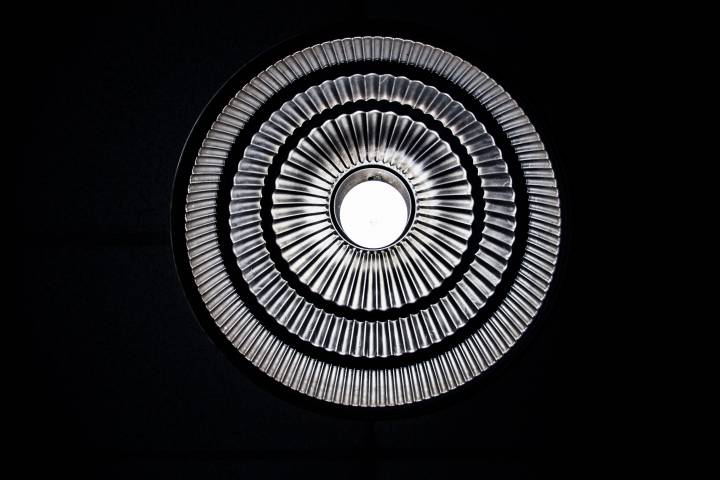 HEART PROTECTED COMPANY
Cartesio Fullcard has “heart”.
In order to constantly improve the workplace safety for its employees, Cartesio Fullcard decided to acquire an important protective device. From April 2017 the company has a defibrillator (DAE) and trained several employees to use it in case of need, according to the guidelines of the American Heart Association (AHA). 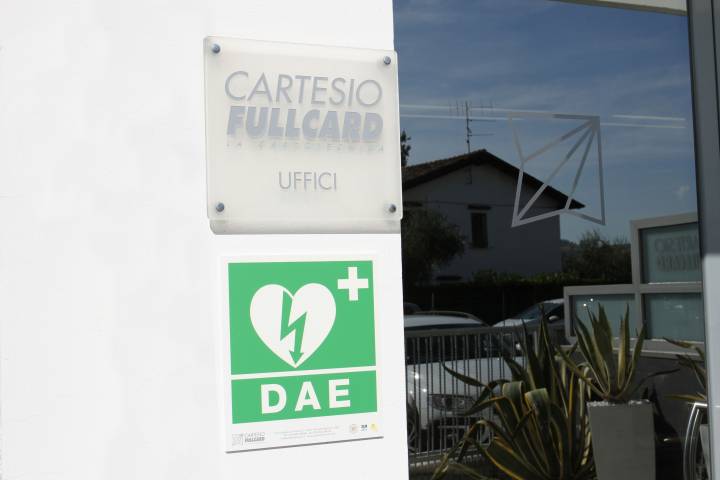 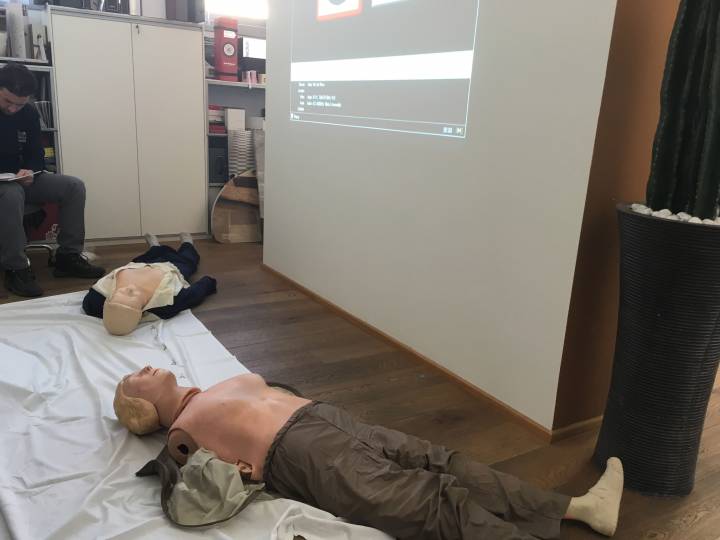 COMIECO PARTNERSHIP
Cartesio Fullcard is part of COMIECO (National Consortium for Cellulose based Packaging Restoration and Recycling) Whose goal is packaging restoration and recycling.