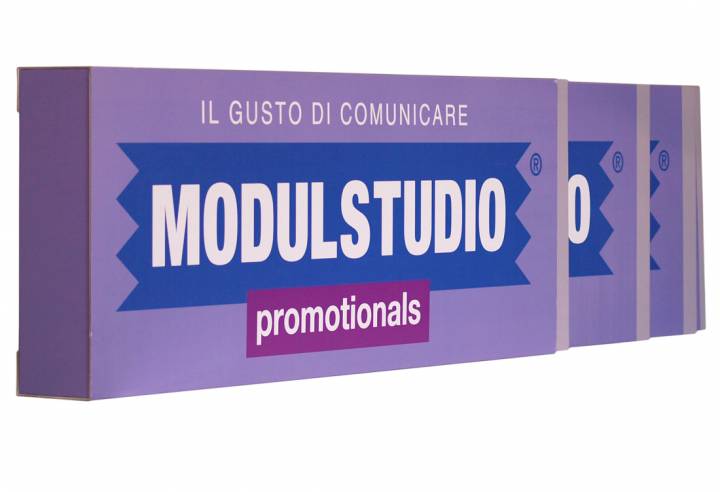 Boxed “chewingum” for stand preparation for Modulstudio. Made of microtriple cardboard coupled with digitally printed vinyl and plotted with a Kongsberg cutting plotter. 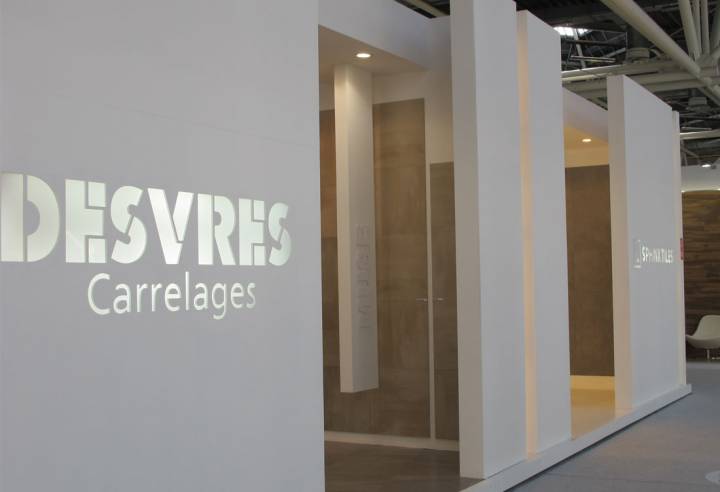 Reboarding for Desvres stand at Cersaie 2014. Made of white reboard honeycomb cardboard and die-cut with Kongsberg cutting plotter. 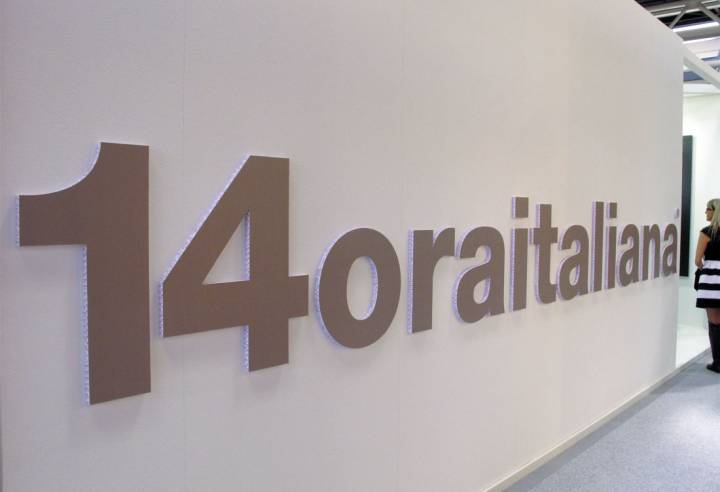 Reboarding for stand 14 Ora Italiana at Cersaie 2014. Made of white reboard honeycomb cardboard coupled with digitally printed paper and punched with a Kongsberg cutting plotter. 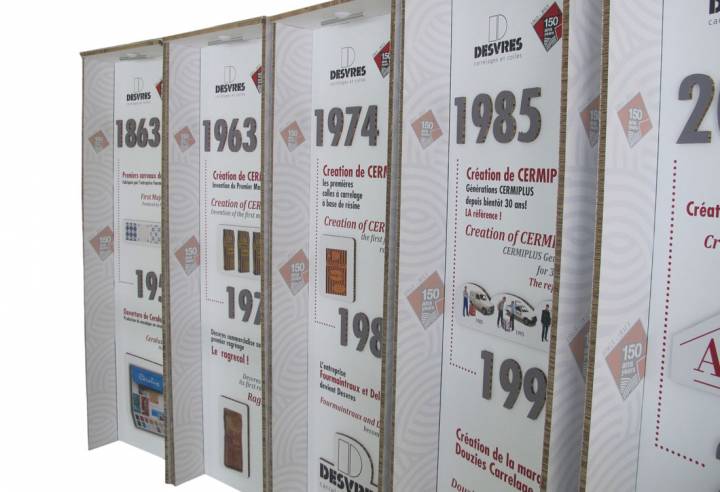 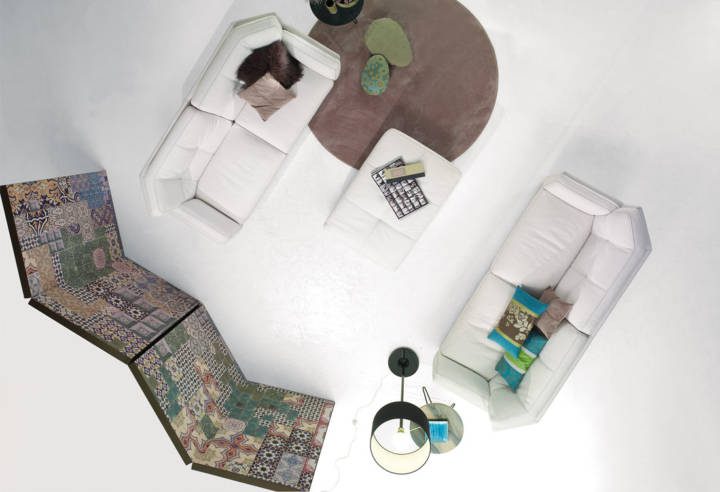 Creation of screens with several hinged doors covered with graphics for the preparation of a stand at the Salone del Mobile in Milan. (POLARIS) 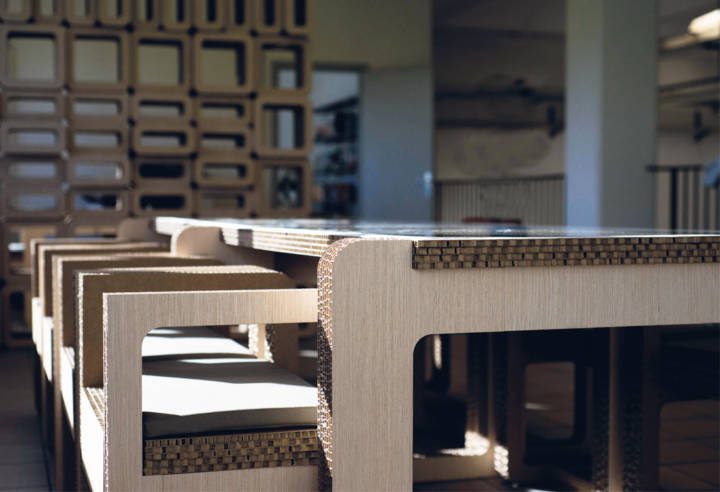 Realization of furniture complete with tables, chairs and bookcase entirely made of honeycomb cardboard (re-board) coupled with wood-effect paper.

Preparation for the “Interno Verde” event in Ferrara 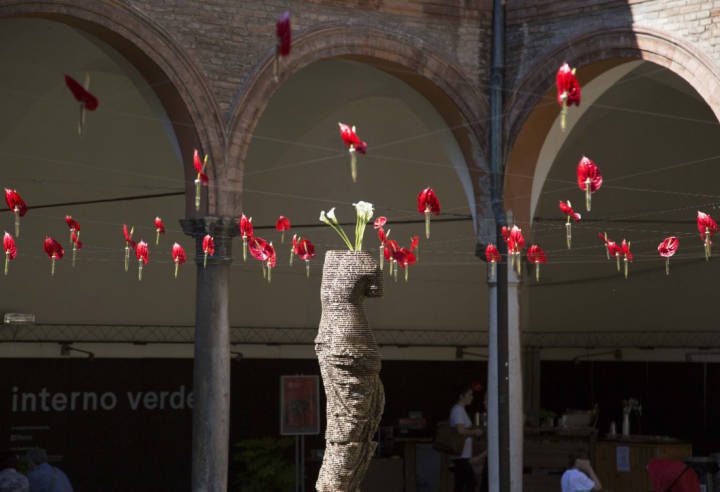 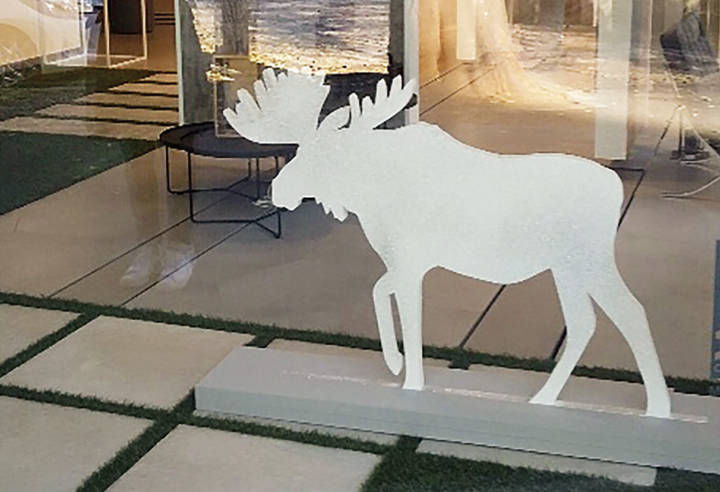 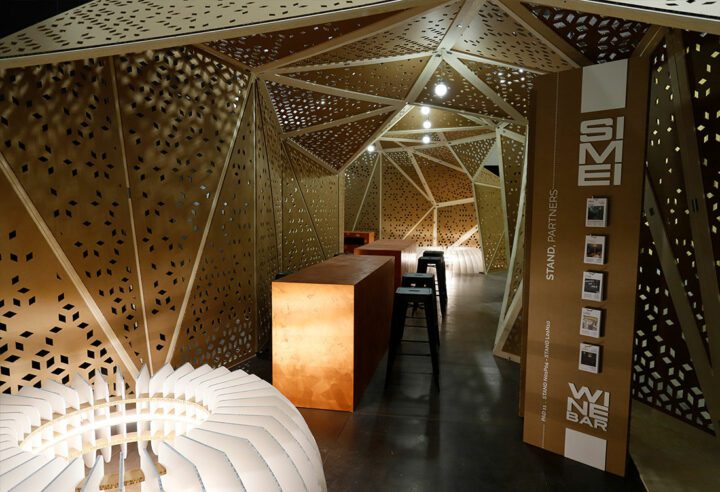 Our stand at the 2019 SIMEI fair. Made of havana reboard honeycomb cardboard punched with Kongsberg cutting plotter. 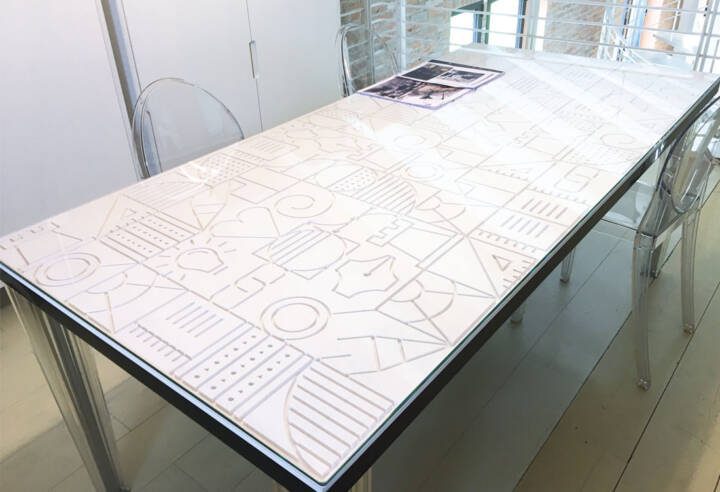 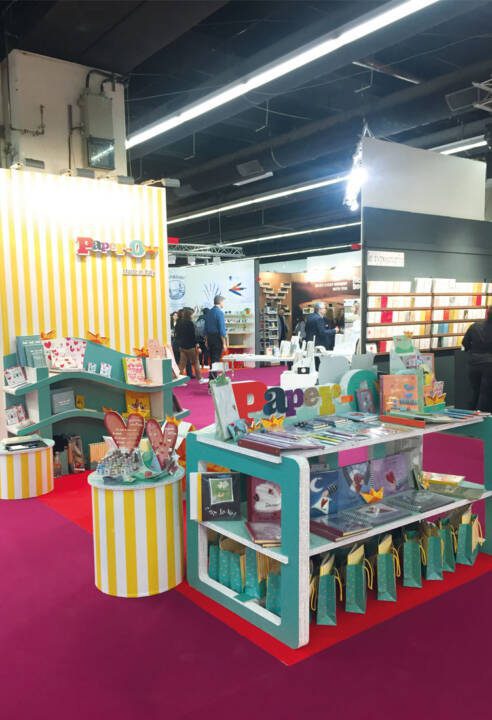 Design and construction of an installation for a stand at the “Paperworld” fair in Frankfurt. Made entirely of white honeycomb cardboard coupled with digitally printed paper and cut with a Kongsberg plotter. (BERTI BOOKBINDING) 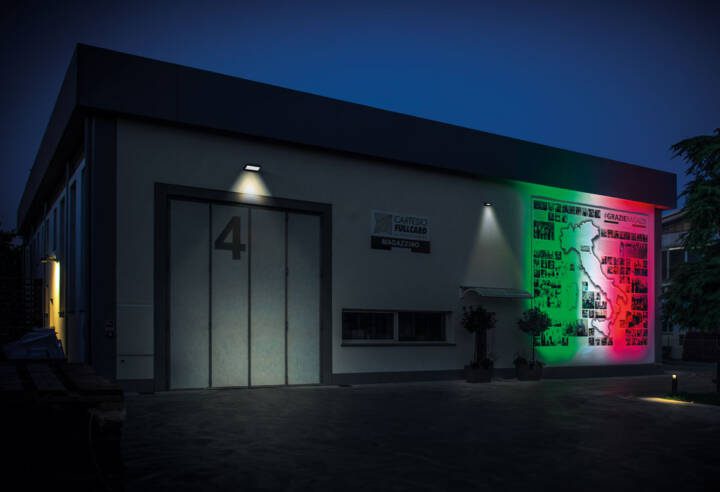 [Verba volant, scripta manent] [Words fly, writings remain] We wanted to give a special thank you that will remain over time, as a tangible sign of gratitude to those who sacrificed so much during the COVID-19 epidemiological emergency. This 6×5 meter panel was affixed to a wall of the Cartesio Fullcard headquarters and is illuminated […] 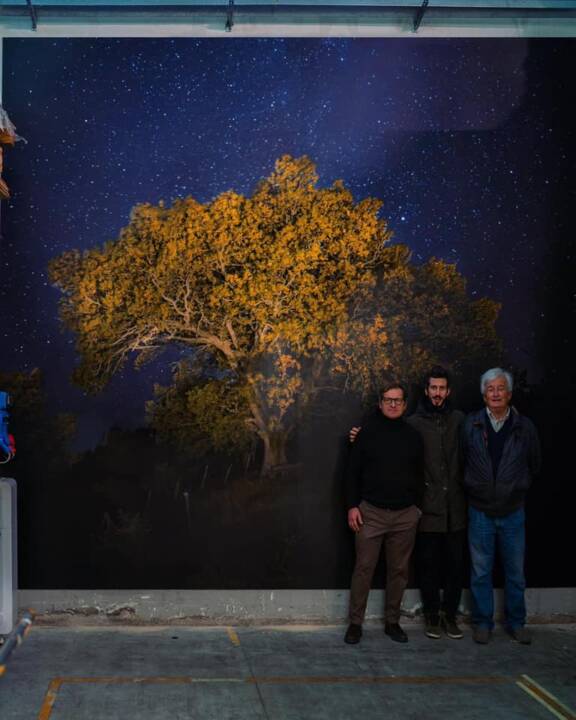 The oak is a long-lived tree and belongs to the strongest plant species: it symbolizes strength, longevity, hardness, tenacity. All qualities that, especially in recent years, we have rediscovered to be of fundamental importance.   We thus wanted to celebrate the end of a year dedicated to the rediscovery of “simple” values, of Nature and […]